What You Should Know About Optical Transport Architecture
×

What You Should Know About Optical Transport Architecture 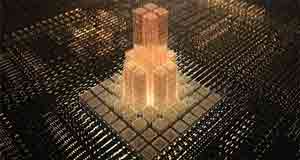 FREMONT, CA: There is no such thing as a one-size-fits-all solution for every network environment. Each network has its own set of specific conditions and requirements. Particular transport network requirements likely fall within one of these architectures or a combination of them listed below.

ROADM networks are the traditional type of optical network implemented presently. There are many forms, including rings, meshes, and point-to-point multi-site. They are chassis-based, self-contained systems with transponders, ROADM cards, and amplifiers. This type of architecture offers the highest level of flexibility, such as type and size of service, moving or adding or deleting services, and redundancy path. They usually span long distances with amplifiers along the fiber path. ROADM sites can be 1000s apart. A vital benefit of a line card-based system is the variety of available line cards and the ability to blend and peer line cards as needed. Thus, one delivers a range of speeds and data types within one chassis, a critical requirement in a wide range of applications. For example, an individual may need to offer varying GbE rates from 1GbE to 100GbE and Fiber Channel for a SAN (storage array) environment. He can even use Layer 2 capable line cards and provide multi-rate, multi-site L2 VPN services.

ROADM systems also provide the highest flexibility and efficiency in wavelengths, as they allow each site to select wavelengths to carry traffic or allow wavelengths that do not end at that site to pass to its destination.

One point-to-point DWDM network is a simplified ROADM version, born from the need for relatively inexpensive, high-capacity transportation between large data centers. Point-to-point networks use a multiplexer or demultiplexer at each site, with a pair of fibers connecting areas. The multiplexer takes the individual transponders wavelengths, combines them, and transmits them on one fiber to the other site. The demultiplexer receives Wavelengths from the other place on the other fiber, separating them. This lays out up to 96+ bidirectional, individual connections or loops between the two areas -192 individual fibers equivalent. It is widely used for data center-to-data center connectivity.