How Organizations Benefits From VPN Services?
×

How Organizations Benefits From VPN Services? 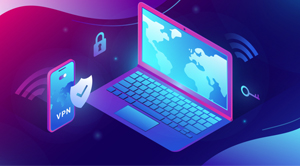 VPNs have helped the organizations to expand their reach in the last years and will help to enable innovation in the coming years.

FREMONT, CA: The use of VPN services has created a bottleneck for enterprises as it reduces the network speed and slows down data-related operations. But due to the emergence of layer two tunneling protocols (L2TP) and virtual private LAN service (VPLS), the issue of network speed was addressed, and it is possible now to run latency-sensitive business applications on the VPN.

Another key benefit is that a VPN builds a standard logical network over the Internet that can access from any country. The Internet is easily accessible in any country, thus enabling secure connectivity while enterprise users travel across many countries. Such access is critical because some states have blocked several portals in their public internet access. Also, some countries have formed regulations for data exchange with the rest of the countries in the world. VPNs can be useful in that case to bypass these kinds of rulesets. 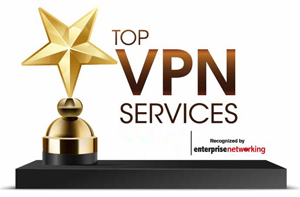 Another reason to adopt a VPN is to tackle the enhancing cyber or denial of services (DDOS) attacks to the organization's network. The concept of virtualization and software-defined networks has shaped the ecosystem of enterprise IT infrastructure in the last five years. The rapid change drives because of the usage of cloud services along with an explosion in the Internet of Things (IoT) paradigm. Network authorities focus on managing and defining the policies to all the connected equipment from one pane of glass in an intelligent and automated way.

At present, the manual intervention of the users to enable VPN on their devices. VPN is known for making a change to allow automation and intelligence for architecture and connected devices in the coming years.

Remote users will be connecting from the unsecured internet connections. Strong encryption is very much needed to secure the traffic from and to the corporate network. Multifactor authentication for the VPN can prevent unauthorized connections.

Adopting bandwidth will enhance with each additional client, and residential internet speeds are continually improving. The users expect a fast connection and don't differentiate between what comes from the VPN connection and the public Internet.