How Can VPN Help Enterprises Expand Their Reach?
× 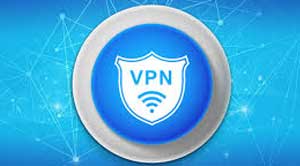 These days, VPN is in high demand of enterprises as it has significantly contributed to expanding their reach in the last decade and will continue to do so.

FREMONT, CA: Over a few years, Virtual Private Networks (VPNs) have evolved as a cost-effective solution for organizations. VPNs make use of a cheaper and broadly available public network, the Internet.

A safe medium is established within the public Internet, in VPN architecture, forming a tunnel between the receiver and the sender for sharing delicate data. In this manner, VPN enables companies to extend their services to connected branches and remotely working users like partners, workers, and branch servers.

A significant reason for VPN’s adoption is that it helps in handling increasing cyber or denial of service (DDOS) attacks to the business network.

How is VPN charging up enterprises?

Moreover, VPN is very beneficial as it establishes a common logical network over the Internet, which is accessible from any country. Internet, being easily accessible, enables secure connectivity while employees travel across many nations. It is very vital to have such kind of access since some nations have blocked many portals in their public internet access.

Enterprises should always be aware of the security parameter provided by VPN, dedicated IP support, the number of servers across the globe, level of configuration, data encryption, the performance impact on the business network, device compatibilities, and the tentative scale of business network, especially while selecting a VPN for their business operations.

In these few years, the technology ecosystem of enterprise IT infrastructure has been entirely shaped by the concept of software-defined networking and virtualization because of the use of cloud services and the explosion of the Internet of Things (IoT) paradigm. Network administrators are now concentrating on managing and defining policies to all the linked systems in an automated and intelligent manner.

Presently, for enabling VPN on the device, there is a need for manual intervention. VPN has to make a transition for enabling automation and intelligence for architecture and connected devices in the future.

Moreover, tech giants, like Facebook, Google, and McAfee, have recently launched VPN services, which are cloud-based in the place of traditional VPN. In the future, the adoption of cloud-based VPN will increase as more users will move to the cloud.