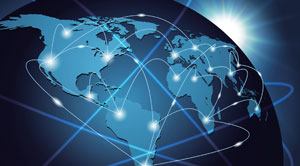 When compared among the two technologies, both 5G and IoT present arguable pointers that showcase immense developments over the past year. But, are they ready to be commercially deployed at an affordable price?

FREMONT, CA: Network connectivity is currently being subjected to stress by the growing popularity of applications and the demand placed on network bandwidths to accommodate them. The sudden overload from cutting-edge IoT devices and sensors will pressurize the service providers to build a more scalable, adaptable network to meet the demands of a publicly-shared spectrum.

5G is different from the previous generations in the fundamental sense, as it requires a radical update in every aspect of the current network. The new active antenna of 80-100kg will replace the 20-30kg antennas utilized at present is the sheer indication of the enormity of the project.

Network service providers face the challenge of joining disparate networks in a seamless unified service. Such networks are predicted to exhaust due to the strain by multiple service providers unless a new spectrum is made available.

The upgrade to 5G infrastructure is expensive, and require demand operators to follow strict and highly technical methods. Several practicalities need to be addressed when considering an upgrade in 5G and IoT technologies, namely the financial implications and design of a strategy that makes the roll-out of devices a commercially viable process.

Despite the attention, 5G-enabled devices are opted by only a third of the consumers, according to a study on the 5G devices by PWC. The industry has the tough task of finding a solution to make the service affordable while securing the return on investment on the complex infrastructure costs. It is a long process, and the popularity can only be gained if the operators are oriented in the methods, which translate the benefits of 5G to the customers.

In comparison, IoT and 5G have undergone significant transformations in the past year. The results of these advancements are anticipated, even though it is not due in the coming year. The delay for the roll-out to make the technologies commercially viable is justified with the lack of resources to maintain the services in large scales.

In the meantime, the anticipation of the release of a full next-generation core network, which is introduce increased seamless services and availability of 5G-ready spectrum is high.