Michael Mansouri, Chairman and CEO
The 90’s was the time that the word “innovation” really came to life. With so many new technological marvels that were created, industry veterans could not have been happier at the thought of the value they could add to the ROIs for their ventures. One such impactful solution was the “Voice over Internet Protocol (VoIP).” Entrepreneurs and business stakeholders breathed a sigh of relief because the technology brought along with it the ability to eliminate international call charges and proved to be a good workaround to traditional long-distance communication.

At a rapid pace, VoIP today has become the dominant form of enterprise communication. However, as businesses continue to migrate to the cloud, especially for hosted voice and Unified Communications as a Service (UCaaS); utilizing commodity broadband has brought in issues with voice and video conferencing quality, and sluggish performance for applications such as Microsoft Office 365 and SalesForce. Garbled voice, dropped calls, one-way audio and frozen video due to network issues were some of the issues, alongside customer service, that haunted customers.

Noticing this, Ed Basart, founder of Unified Communications pioneer ShoreTel (SHOR), decided to take down the problem with a heavy hand, leading to the inception of InSpeed Networks in 2015. “Inspeed Networks was created with one idea in mind, to support voice and video applications and effortlessly resolve network congestion that slows cloud-based applications,” asserts Basart, Chief Strategy Officer and Founder, InSpeed Networks.

Although recent times have witnessed the proliferation of a few dozen SD-WAN vendors, not many had devised solutions that helped clients solve problems within the cloud infrastructure. Importantly, traditional SD-WAN solutions required significant human intervention to ensure enhancement in voice quality and application performance.

The company bridged the gaps in unified communication by introducing its flagship, InSpeed Quality Service (IQS), an SD-WAN product exclusively tailored for voice and video conferences. The solution ticks every checkbox in the list of ideal requirements, which enterprises usually look for in a solution vendor such as ease of installation, dynamic bandwidth allocation, reliability and robustness, and security. 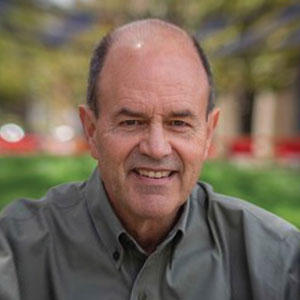 Ed Basart, Founder and Chief Strategy Officer
The IQS architecture, an improved variant of the SD-WAN, comprises of an on-premise appliance that bridges local networks with the internet and a web portal that enables configuration and management. An enterprise network can be effortlessly plugged into an InSpeed appliance within minutes and thus be bridged with several other offices worldwide.

To paint a clearer picture of his company’s capabilities, Michael Mansouri, the current Chairman, and CEO of InSpeed Networks recalls one of his team’s recent experiences of collaborating with Nonprofits Insurance Alliance Group. Headquartered in Santa Cruz, California, the non-profit organization is known for rendering casualty insurance assistance to more than 17,000 non-profit organizations across 32 states. The firm comprises of around a hundred employees who are situated in multiple locations across the United States. Although the California-based firm relied on a dedicated VoIP service provider to enable seamless internal communication; the quality of calls and the service, in general, was weak and unreliable. Nonprofits Insurance Alliance Group sought the assistance of TOTLCOM to address its networking grievances. TOTLCOM deployed IQS and ShoreTel’s VPN Concentrator/Edge Gateway across the offices of several employees, as a pilot program to assess the potential of the InSpeed solution.

Since its inception, InSpeed Networks has amassed the trust of several eminent clients from various sectors. In three years, the company has cemented its position as a leading networking solution provider in the USA but is steadily making waves across Europe and Asia as well. Mansouri feels that the dependency of firms on private lines is a concern that needs to be addressed in the days to come. “The organization aims to elevate the unified communication abilities of small and medium enterprises, which industry veterans believe will be the worst affected by network congestions and router configuration challenges in the days to come,” he mentions, revealing a glimpse of the company’s roadmap.
This content is copyright protected